Tom Elliott, 13, and a student at Writhlington school entered both kata (form) and kumite (free fighting) in the very competitive age group 13-15. He was unlucky not to make it through the eliminations in kumite after coming up against an older more experienced opponent. Although, after a determined effort Tom made it to the semi finals of the kata, just missing out on a place in the finals.

Mendip instructor, Andy, who last year took silver in the men’s kumite, this year entered the veterans (over 45) kata competition. Against accomplished competitors from all over the country Andy performed with his usual excellent form, speed and strength to take the coveted gold medal. 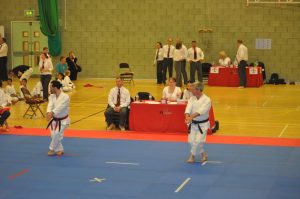 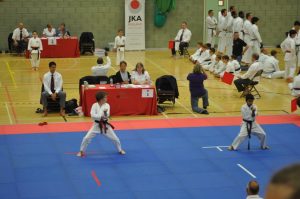