Grading takes place every 4 months in Glastonbury under chief instructor of the JKAE sensei Ohta, 7th Dan or with other high grade members of the JKAE Technical Committee . To achieve the various coloured belts leading to the black belt level, eligibility to grade is based upon a student training twice a week. Permission to grade being given by the instructor, and three months must have lapsed between grading. 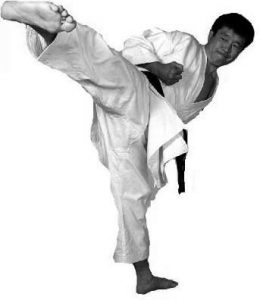