Shotokan Karate is one of the oldest and most popular styles of Karate in the world today. It was developed at the beginning of the last century by Master Gichin Funakoshi (1868-1957) from the southern Japanese island of Okinawa.

Master Masatoshi Nakayama 10th Dan , senior student of Master Funakoshi and later Chief Instructor of the Japan Karate Association until his passing, was responsible for the refinement and expansion of JKA karate worldwide from the 1950s until his death in 1987. His legacy, the JKA Instructors Course ensured a flow of superb instructors who continue to spread  dynamic , authentic JKA Shotokan Karate throughout the world. 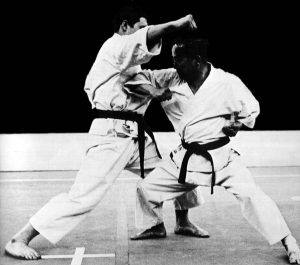 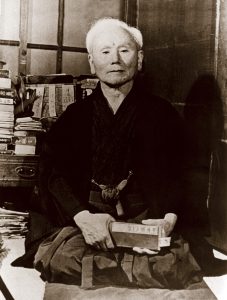 The ultimate aim of karate lies not in victory nor defeat, but in the perfection of the character of its participants

The Dojokun is meant to give students guidance, not only in the Dojo (a place of formal training) but also in their lives outside the Dojo.

一、努力の精神を養うこと
Hitotsu: Doryoku no seishin o yashinau koto
Put maximum effort into everything you do